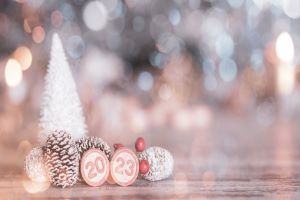 The first day of the year is a festival observed in most of the world.
This date is according to the modern solar Gregorian calendar.
What are the festival's origins?
And what does Julius Caesar have to do with it?
Find out here.

The first day of the New Year is considered important by many as it signifies a new beginning.
People put aside the past, settle disagreements and resolve to start everything afresh.
The belief is that the things we do and the emotions we go through on this day will have an impact on the New Year.

People in most of the world celebrate the start of the New Year on 1 January.

Most New Year’s festivities begin on December 31 which is New Year’s Eve.
They continue into the early hours of New Year’s Day.

There are hundreds of good-luck rituals woven among New Year celebrations.

For example, the Dutch eat donuts as the circle is a symbol of success.
Greeks bake special Vassilopitta cakes with a coin inside, symbolising good luck.
The Chinese hold firework displays as a way to chase off evil spirits.

Celebrate with these easy and delicious recipes that are all kid-friendly.

This is how people celebrate the start of the New Year around the world.

At home with family and friends, at parties and at firework displays.
Many people also go to Mass on New Year's eve. 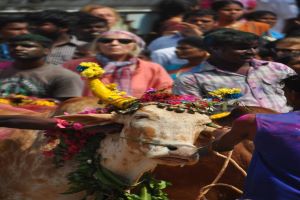 India's important harvest festival and a joyous celebration of the end of winter.
The festival is known by different names in different parts of India.
In the south, it is known as Makar Sankranti which means "movement."
It marks the day when the earth starts moving towards the sun.
It is also known as "Pongal" which means "boiling over" and because a rice dish, which gives the festival its name, is eaten.
In the north of India, the festival is called Lohri or the winter bonfire festival.

The festival marks the end of winter and the return of light and warmth.
It is a festival of worship of "Agni", the God of Fire.
People offer thanks to all those who assisted in making the bountiful harvest happen.

In many parts of India

People in various parts of India and Indians living abroad.

In the southern parts of India, the first day of the festival is celebrated by discarding the old and welcoming the new.
The second day is dedicated to the Sun God and the third is for the worship of cattle.
Families go to temples to pray, and cook a delicious and healthy dish called "Pongal" which comprises rice, lentils and ghee.
The earthern pot in which the Pongal is cooked is allowed to boil over signifying plenty.
People chant "Pongalo Pongal" meaning "let it overflow".
Here are the recipes for sweet and savoury Pongal, if you'd like to try making them.
Cattle are given a bath and dressed with flowers and bells to honour them for their hard work in the fields.

In Gujarat, which is in northern India, kite competitions are organised.
It is such a huge celebration that it has become a public holiday in the country.

In the Punjab, on the morning of Lohri day, children go from door to door singing and demanding goodies.
As the sun sets, huge bonfires are lit in the fields and in the front yards of houses.
People circle around the bonfire and throw puffed rice and popcorn into it shouting "May honour come and poverty vanish!".
This is a prayer to the Fire God, to bless the land with abundance and prosperity.
People also sing popular folk songs and the mood is one of joy and exuberance. 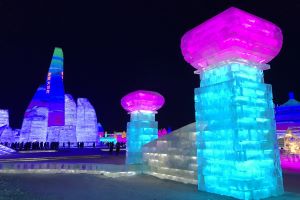 An annual winter and ice festival that takes place in Harbin in China.
It is the largest ice and festival in the world featuring some of the world's biggest and most creative ice sculptures.
The festival is not only a celebration of winter and ice, it is also a showcase of human genius, creativity and artistry.

We all love snow and ice and making snowmen and snow figures.
The people of Harbin decided to make a big and spectacular festival of something that we all love.
What a good idea!
Also, Harbin gets cold winter wind from Siberia and temperatures fall to around minus twenty five degrees Celsius in the winter.
So there's plenty of ice to go around for all.
The festival originated in 1963 in an ice lantern show and garden party that usually took place in winter.
It was interrupted for nearly twenty years during the Cultural Revolution, but resumed in 1985.

Harbin in Northeast China.
The exhibitions and entertainment are mainly held in the Ice and Snow World, the biggest venue in Harbin.

At first, the participants in the festival were mainly Chinese.
Over the years, the festival has become an international one and also includes a competition.
It attracts millions of visitors from within the country and from abroad and generates tourism revenue.

Each year around mid December to early March, Harbin turns into a kingdom of ice and snow.
This year, the official opening ceremony is on 5 January.
There is no closing ceremony for this festival but the ice melts in March.

The logistics involved are staggering.
Sculptors, engineers, designers, planners and thousands of people work on this massive project.
They use swing saws to carve ice into blocks, taken from the frozen surface of the Songhua River.
Ice sculptors work day and night using various tools to carve out the intricate sculptures.
Ice blocks are made transparent from deionising water.
The clear sculptures are lit at night creating an entire city of icy magic.
This involves thousands of metres of electrical cables and millions of individual lights.

In 2007, the festival featured a Canadian themed sculpture.
This was in memory of Canadian doctor Norman Bethune who did a lot of work in China.
It won a Guinness World Record for the world's largest snow sculpture.
It was 250 metres long, 28 feet high and used over 13,000 cubic metres of snow.

In 2020, the sculptures were produced using roughly 220,000 cubic meters of ice blocks.

All of it, no mean feat!